About St Mary's Star of the Sea 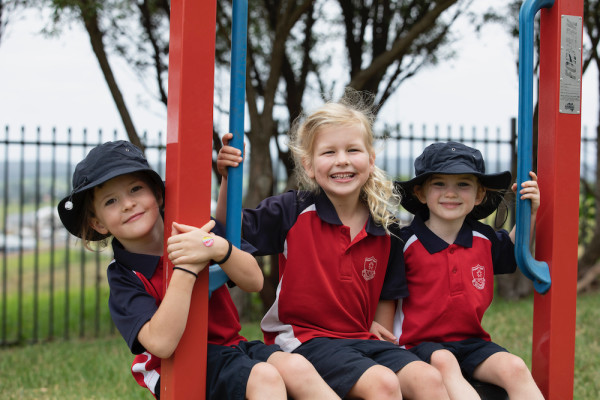 St Mary Star of the Sea Catholic Primary School is situated on a hilltop, surrounded by the green paddocks of working farms at the entrance to the Milton Village. We have a proud history of educating the children of the Milton/Ulladulla region and surrounding areas.

St Mary’s Star of the Sea School was founded in 1913 by the Sisters of St Joseph under the leadership of St Mary MacKillop of the Cross. Initially, lessons were held in the existing church until a small school building on the Princes Highway was built by the local community with locally sourced timber. On a recent visit the sisters recalled walking down the hill battling local winds to keep their habits and veils intact.

The original school building was relocated in 1963 to the current idyllic site in Corks Lane, on top of Stoney Hill looking west to the escarpment and rolling green farmlands and east to the sea and Green Island.

The Josephite Sisters left St Mary’s in 1985, but the spirit of the Sisters live on through the provision of a quality Catholic education for children in country areas.

Read more about What We Offer at St Mary's and Take a Virtual Tour of our school.

A Catholic School in the Diocese of Wollongong

Catholic schools have a long and proud history in the Australian educational landscape. Originally established by orders of brothers, nuns and priests in the nineteenth century, they are now almost entirely staffed and led by lay people.

Catholic systemic schools in the Diocese of Wollongong are either parish primary schools like St Mary's, or diocesan secondary or K-12 schools. They are all co-educational schools. (The diocese also has another seven independent congregational secondary schools, some of which offer single-sex education.)

Catholic schools have a unique character because as well as being places where learning is highly valued, they are places where priority is given to a values-based education in the Catholic faith. This involves all staff and students proclaiming the Good News of Jesus Christ to the world. Staff identify strongly with their school and take pride in their work and the school’s achievements.

Take a Virtual Tour of Our School